Hubspot Tips: How To Recruit Employees Using Your Hubspot Website

This Is How I Built A Campaign To

I Have Been A Hubspot User Since Fall 2010

I had another project that I was working on and I wanted to make changes to a website.  Besides the fact that it would have cost over $5,000 to make the changes, I decided I needed another option.

See, My family owns a 32 year old Electrical Contracting firm, Hovey Electric, Inc. (HEI) and I wanted control of the website.  I was tired of being held hostage and constantly waiting on someone else.  Little did I know, that I would create a serious recruiting, screening and hiring machine, all with my Hubspot website.

The Hubspot platform gives the website owners a lot of tools to be creative with their websites. When HEI opened the new facility in Guthrie, KY, we needed to recruit a lot of new electricians very fast.

In the past, we would have hired a recruiting company to sort through resume’s and identify potential employees.  This had a cost of around $2500 per employee.  I thought to myself, "how can I build a site that operates like a Monster site".

I Googled "how to recruit employees with a Hubspot website", but didn't find anything worthwhile, so I went to work figuring it out.  We needed 50 employees, so that would have been a cost of over $125,000.  That was a lot of money to consider.

We were just getting rolling with our new automated software on Hubspot, I decided to try a new concept and see if we could apply inbound concepts to the hiring process....Did it work?

Yes, it did (read on and I will show you how well....a little further down) very, very well in fact.  Here are the steps that I used to create the recruiting "Monster":

I created a new page to link our existing job descriptions with with a new tab on the home page.  I created pages for each of the positions by pasting right from our existing policy manual.

This is one way that the opportunity could be found, but we also created a direct link that I will talk about later. I created web pages for each of the job descriptions that we were looking for. This is a screen shot from the page where I put the job description:

Step 2. Created A Call To Action

I then created a call to action at the bottom of the job description. The call to action was linked to a specific landing page. In this case, I just used simple text, but you could also used a button, just depends on your particular taste.

The call to action then went to a landing page that acted as a pre-qualifier because there were many mandatory items that they had to agree to in order to even apply. Pretty basic stuff, but you would be surprised at what applies to these positions:

By creating your own form you control the flow of data and you can put some extra checks and balances in along the way.  Sometimes people read way too fast, so I wanted to make sure the applicant understood the minimum qualifications.  I didn't want to mess around with people who did not match what I was looking for.

Step 5: Forget The Resume, See If The Potential Employee Can Communicate

On this landing page was a custom form that I developed in order to speed up the process.  I did not want a bunch of resume’s that were in different formats.  By using the form, it put all the information in the same order so it was easy to review.  This was my filter.  If they answered yes to those questions, I had them fill out basic information and had them tell us a little about them.

I got 2-3 word responses to complete resume’s posted.  This turned out to be the most important category because it showed that the person could actually communicate.

You could tell in a matter of a few seconds if this was someone we wanted to talk to.  Once they submitted the form, it was then emailed to all the people involved in the hiring process.

Step 6: Directed The Responses To Email and Others

Once I had the form complete, I set the forwarding instructions to email all those who were involved in the hiring decision.  No forwarding, or someone having to review first, we just sent them to the folks doing the hiring.

This was a real time application process.  Since most managers have Smartphones, they were notified almost immediately of a potential prospect. If it was someone they liked, they had the most important information right there including phone number and email.

In this scenario, our leads were actually prospective employees.  We pushed all the applicants through that process.  In the end we hired 55 electricians in a 2 month period using this process. This process saved the company well over $125,000 in recruiting costs.

By monitoring the metrics from our landing page or in this case the pre-qualification page, we were able to see that the page was viewed 661 times, but only 21.94 % of those that viewed the page actually submitted the form.

This was an indication to us that close to 80% of those that looked at the page did not meet the minimum qualifications.  If we would have just created a regular Craigslist ad, chances are we would have had to go through another 400+ resume's to get the same amount of potentials who actually qualify.

I realize we could spell all of this out in the Craigslist ad, but there is always that attitude of "aww, I will just send it anyway!".  I think by hosting the form on the site showed that we were serious and we could control what we wanted to see.

By not having to sort through that 80%, we were able to save a lot of time and hire people rather quickly.

I often here construction companies say "but my customers are not online, content marketing won't do any good."  By saying this, they are too short sighted to see the benefit of creating a community that can someday become employees or "internal customers".  I was excited to save the $125,500.

Because I already had the website structure in place, I was able to set this up in about an hour.  Most of that time was getting the settings and navigation correct.  Now that it is set up, all I do is login to Craigslist, renew the ad, and within the hour we will have applications.

Your Next Step....Get Innovative With Inbound Marketing

A website is much more than just a platform to attract customers.  I see a website as a way to communicate with multiple audiences.  In fact one could argue that because of all the other work that was completed on the website, and the amount of blogging that we were doing (newbies at the time), the potential employees could get to know what were were about.

While content marketing is most often thought as a method to attract customers, it is also important in recruiting future "internal" customers.  Learn more about Content Marketing, check out my E-Book...... 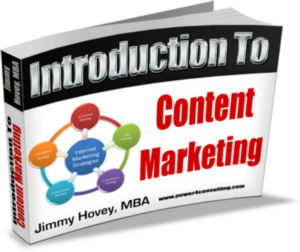 Looking For A Tool To Manage Your Internet Marketing? 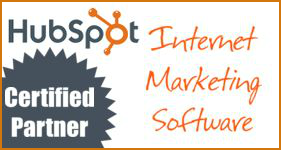 Got A QR Reader?

...help small business owners like you who are frustrated that they have spent a lot of money in making improvements to their website and they are still not seeing leads come in as they expected.  Typically they have either hired a SEO consultant or put some money into Google Adwords to increase their rankings in search engines.  Now they either still fail to show up in the results or they are ranking for some keywords but not seeing any increase in leads.

Are you experiencing similar challenges?

"You pointed out things I had not thought about and gave me simple, practical and effective recommendations in a way that I could easily understand.

Through your examples from personal experience in your own businesses you were able to communicate similar challenges you faced and what you did to address them and improve the business.

I’ve now got 2 pages of notes and ideas based on our conversation. You really got my brain working and the ideas flowing."

....Here Are My Latest Posts